The Violent Life and Death of Samantha Olds 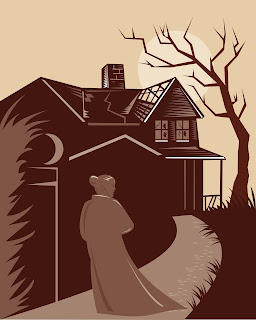 Halloween 2015 marks the 165th birthday of Samantha Olds, one of the victims of an axe-wielding frenzy at a dilapidated Texas farmhouse in 1925.


Violence had a strange, lifelong grip on her.
Beautiful and vivacious, Samantha had a penchant for dangerous men, and they were equally drawn to her. Her teenage marriage to Amos Smith ended when he was gunned down in a hit orchestrated by a couple of his gambling partners in Iredell, Texas, in 1875. One of the men, according to The Austin Statesman, “was exceedingly intimate with Smith’s wife.” However, Samantha was never implicated in the crime, whereas the two gamblers and their triggerman were lynched. While awaiting execution, one of the men reportedly said, “This will make seven men who have been killed in quarrels about Mrs. Smith.”
Soon Amos Smith’s widow was on the prowl for a new husband. She found Bill Olds, who was later arrested for theft, forgery, and murder. The daughters from the first marriage despised Olds for mistreating their mother. Samantha, however, used a gun to keep her husband at bay. She finally abandoned him in Iredell and moved to Waco with family members. “That old lady could shoot better than any man I know,” recalled a longtime Wacoan. “She lived down by the wagon yards and used to shoot up the place right regular—just for the hell of it.”
Samantha’s legacy as a beacon of brutality passed to her daughter by Bill Olds, Maggie, who was twice widowed with the murders of her second and fourth husbands. Her choice for a fifth husband, F. M. Snow, led to the 1925 gruesome tragedy. She married the woodchopper shortly after the family moved to Erath County from Waco. Samantha’s new son-in-law, whom she called a “no-account,” was a violent ex-convict. Weeks after this unholy union, Samantha, Maggie, and Maggie’s son were butchered by Snow in an uncontrollable fit of rage.
No pictures are known to exist of Samantha or Maggie. Curiously, photographs of the fireplace where Snow burned her body show what some say is a woman’s face outlined on the chimney’s bricks. 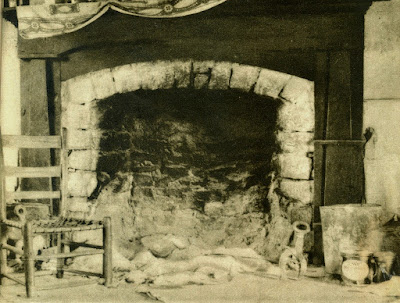 In Morticia's Shadow: The Life & Career of Carolyn Jones

Sins of the Pioneers: Crimes & Scandals in a Small Texas Town

James Pylant
A celebrity biographer and true-crime writer, James Pylant is the author of five volumes. His books are available from JacobusBooks.com

This site uses cookies from Google to deliver its services and analyze traffic. A cookie is a string of information that a site stores on a visitor’s computer, and that the visitor’s browser provides to the site each time the visitor returns. Your IP address and user-agent are shared with Google along with performance and security metrics to ensure quality of service, generate usage statistics, and to detect and address abuse.

Third-party vendors, including Google, use cookies to serve ads based on a user’s prior visits to our site. Google’s DoubleClick cookie enables Google to serve ads to our users based on their visit to our blog and/or another blog on the internet. Users may opt out of the use of the DoubleClick cookie for interest-based advertising by visiting the Ad Settings page of Google. Visitors who do not wish to have cookies placed on their computers should set their browsers to refuse cookies before using this site, with the drawback that certain features may not function properly without the aid of cookies.
This site, through its features and pages, also links to other sites which are governed by their own privacy policies and terms of service, and for which James-Pylant.com is not responsible. If you click on a link to visit another site, review its privacy policies before using that other site. Articles on our site may also include embedded content (such as YouTube videos) from other sites. Viewing or clicking on embedded content is as if you are visiting that other site which may collect data about you, use cookies, embed additional third-party tracking, and monitor your interaction with that embedded content, including tracing your interaction with the content if you have an account and are logged in to that site.

Affiliate advertising is also served by third parties. Once you click on an affiliate link or advertisement, you are leaving our website. When you make purchases through these third-party sites, you may be asked to provide your name, email address, phone number, and credit/debit card information. Please note that in such cases, you are providing information to a third party and not to James-Pylant.com. We have no responsibility or liability over how third parties that operate a linked website may collect, use, disclose, secure, or otherwise treat your personal information. We do not control these third parties’ tracking technologies or how they are used. If you have any questions about an advertisement or other targeted content, you should contact the responsible provider directly.

This site reserves the right to modify this privacy policy at any time. Changes and clarifications will take effect immediately upon their posting on the site. This site will notify you of any policy changes If material changes to this policy are made, visitors will be notified on the site that it has been updated to apprise them of what information the site collects, how it is used, and under what circumstances, if any, the site uses and/or discloses it. Users are advised to frequently review this privacy policy.